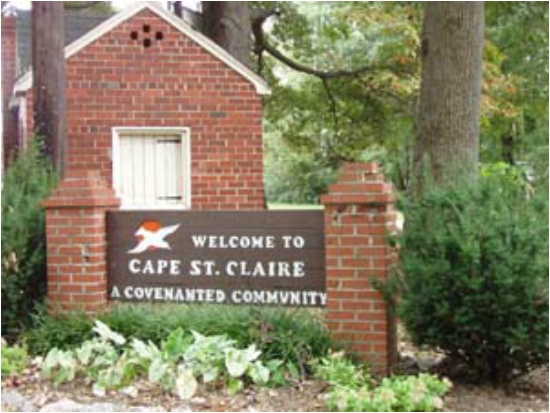 Cape, as it's so lovingy called, has the Cape St Claire Improvement Association that serves to maintain and improve the area.  There's a wealth of information on their website... just check out their links tab!

If you'd like to see homes for sale in Cape, check it out here!